Local businesses battle it out to fund van for seniors

A game of rolling balls is the first fundraising step toward getting a senior van rolling.  Swinging Sixties Seniors (211 Ainslie Street) need a van to take them on trips, and Swinging Sixties happens to have a regulation bocce court. These two were put together as inspiration and action to gain community support to raise money for the senior van. Many local businesses were court sponsors: CTown (Graham Avenue), Cheers Thai, Lella Alimentari, Giando on the Water, and more.  Fortunato’s Café, Assembly Member Lentol, Crest Hardware, and The Meat Hook took on team sponsorships. 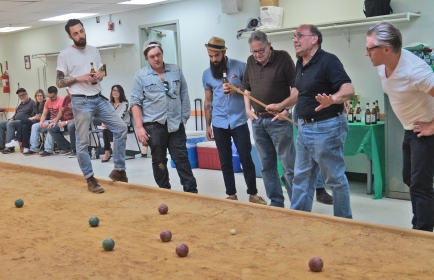 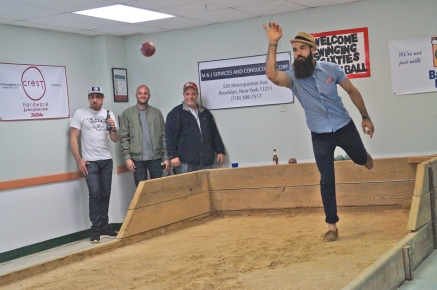 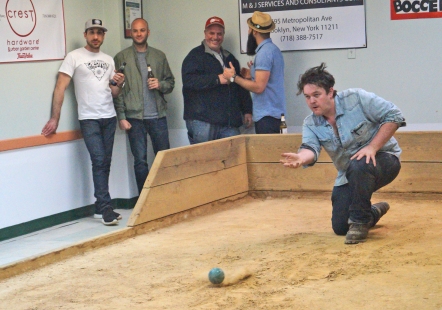