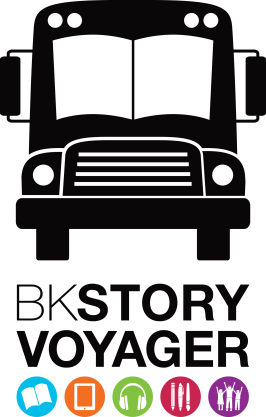 “All Summer Long” is a coming-of-age story over an eight week period.  Main character, Bina, anticipates that her summer vacation will be a great disappointment as the five prior summers she’s spent it with her best friend Austin, who will be going to soccer camp for this one. The dialogue zooms in on conversational encounters and close-up drawings that showcase the character’s expressiveness. When Bina feels hurt or frustrated, the images are heartfelt and realistic, allowing the reader to truly understand the emotions of the characters. The graphic novel’s compelling story and striking images ensure that you won’t be able to put it down.

Hope Larson, the author and illustrator, is known for her work on adapting Madeleine L’Engle’s “A Wrinkle in Time” into a graphic novel. “All Summer Long” is a graphic novel all her own. Larson uses the cast of supportive mentors, “to give kids, especially girls, permission to do what they want to do. Because when you’re young and you have interest in doing anything creative, you’re getting a lot of messages that say don’t bother,” she said in Kirkus. Bina learns how to be true to herself, indulges her love of music, and makes new friends with common interests.

This novel is a great companion to “Be Prepared” by Vera Brosgol, reviewed in the August 2018 Greenline, as they both deal with summer themes. This graphic novel is for older elementary readers already looking forward to their next summer. “All Summer Long” won’t make next June come any quicker but it does provide a perfect escape in the meantime!