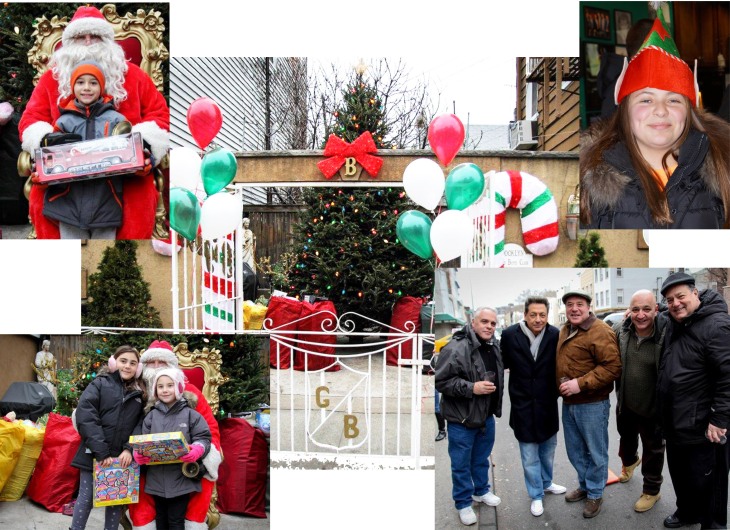 Generosity and tradition are two hallmarks of the holiday season.  For the nineteenth year some real Santa spirit was to again be found in the middle of Lorimer Street between Metropolitan and Devoe at the Brooklyn Giglio Boys Club. Since its start in 1995, every Christmas this group has held a toy giveaway for the neighborhood kids. As Cono Corvino tells it, it started off small and when they had leftover toys they’d donate them to Woodhull Hospital. This event soon gained popularity and, “If we run out of toys, we go to the store to get more,” said Cono.  The annual toy drive is funded by donations received at events the club holds throughout the year, such as their Columbus Day celebration.

The crowd poured over the sidewalk with kids looking to get their turn at Santa. Inside the club sandwiches, antipasto, soft drinks, and some homemade wine were offered to the friends and family of the Brooklyn Giglio Boys. The wine was made by James Nunziata, the club’s president. I asked him what started the club and he answered that it was the simple — a dozen guys wanting to get out of the house and go to a place to just hang out and maybe watch a game.

Then in came two veteran elves to get a bite to eat. This is Toni and Gia Nunziata’s fourth year helping out Santa in this North Brooklyn shift. When asked, “What’s a highlight of elf work?” Toni answered, “We get to do it with our friends and Santa is super!” Then Gia chimed in, “He’s fun and he’s really nice and that’s that!”

Mike Liantonio, also known as “Snaps” because he is a photographer, stopped by as he does every year. “I was born and raised in this neighborhood. I used to be the President of the Swinging Sixties Senior Center.” John Robustelli came down from the Bronx and East Harlem as he makes a point to come down for this event.  Also Anthony Torelli was born and raised here but moved further out into Brooklyn, he proudly says he is present at all the Giglio Boys events.  He went on to say,“This is a wonderful thing the Giglio Boys are doing it keeps the community and neighborhood together.” Heritage and community are important to Anthony, he named his daughter Nola after the city in Italy where the Giglio Festival was started. 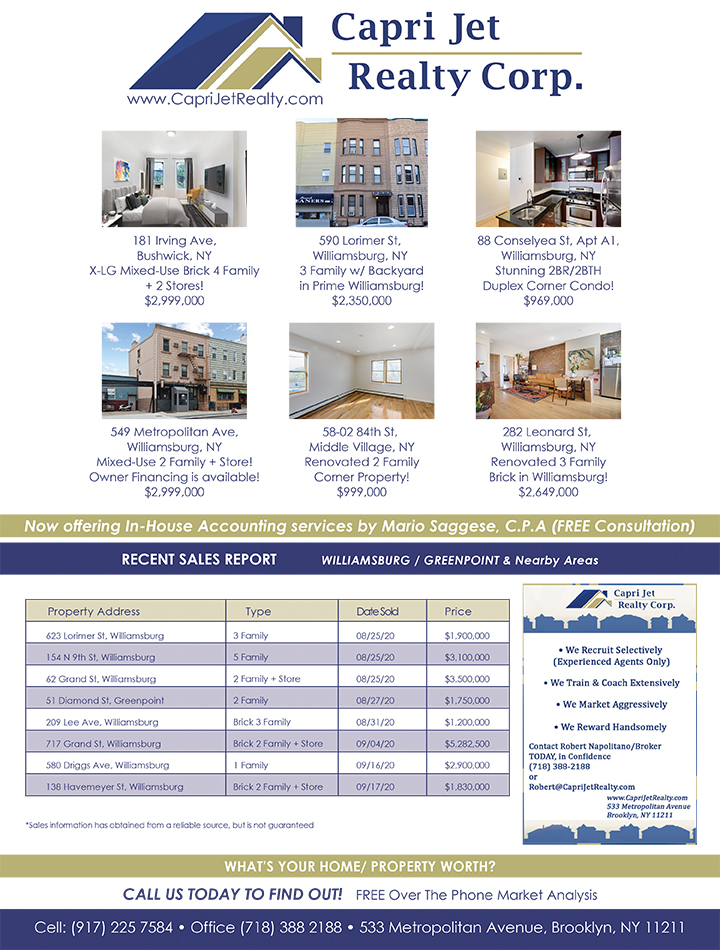