This article is an updated version of one published on March 19, 2019

The 1st Annual “Neighbors Helping Neighbors” Luncheon took place on March 27 at Warsaw at the Polish National Home (261 Driggs Avenue).  This inaugural luncheon raised funds for the North Brooklyn Angels’ Angelmobile, which feeds weekday lunches to those in need. The event also recognized three ‘Neighbors of the Year’ who have generously worked t

“Brooklyn has the highest rate of food insecurity in New York City, with 20 percent of its population affected,” said Gina Argento, CEO of Broadway Stages. “That’s why we’re proud to be working with the North Brooklyn Angels, an organization working to address the meal gap that exists throughout one of our Broadway Stages communities – North Brooklyn – by providing 1,000 meals a week to those in need.

The sit-down luncheon was catered by the Brownsville Community Culinary Center, a local eatery committed to offering healthy, accessible cuisine to neighborhood residents. Broadway Stages was the event underwriter.  Other upperlevel sponsors of this event were ExxonMobil, Theatrical Teamsters Local 817, and Waste Management. 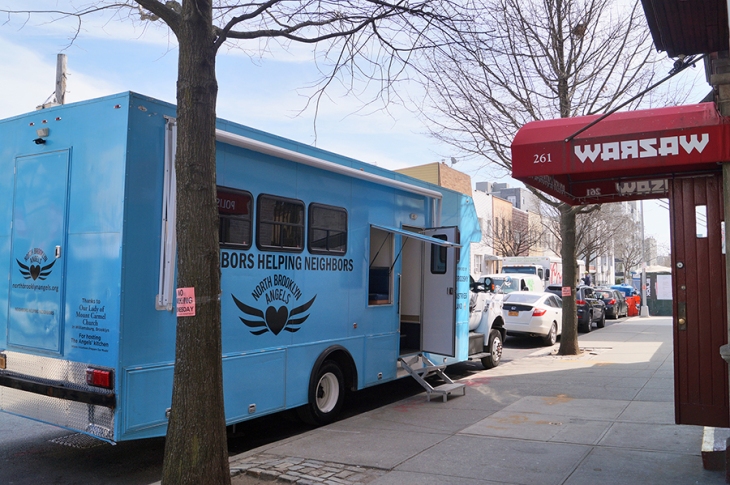 For more information or to donate to the North Brooklyn Angels: https://www.northbrooklynangels.org/