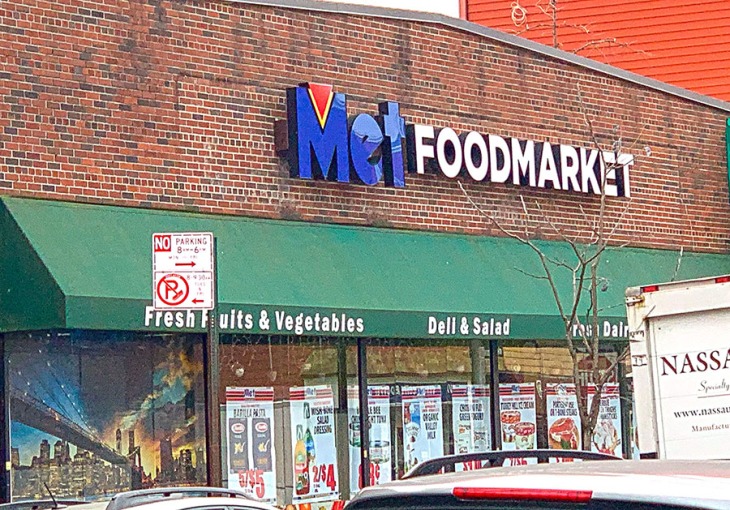 DUE TO THE COVID 19 CRISIS MANY STORES ARE USING PLASTIC BAGS AS A WAY TO MAINTAIN MORE SANITARY CONDITIONS. ENFORCEMENT OF THE BAG BAN WILL BE DELAYED.

The majority of retailers said they would have paper bags for five cents and reusable plastic options that ranged in price from $0.50–$1.50. Several said due to the financial hit they’d be taking with the paper bags, they may only offer them for a limited time.

In a random poll, conducted by me, I asked more than a dozen retailers (Staples, Rite Aid, C-Towns, Met Food, Foodtowns, produce stands, and corner delis) about their bag policies starting March 1st. Each answer was unique, and most were similar. The majority said they would have paper bags for five cents and reusable plastic options that ranged in price from $0.50–$1.50. Several said due to the financial hit they’d be taking with the paper bags, they may only offer them for a limited time.  A clerk at Staples said there would be no paper bags there; the only bags they had would be a reusable one that could be purchased for $1. The near future will show the sort of learning curve that retailers and their customers will have to navigate. Although several shopkeepers said that this community brings their own bags much of the time.

“Plastic bags are particularly troublesome as contaminants in our recycling, as they often clog machinery, and we’ve all seen plastic bags stuck in city trees around the city.”
— Sanitation Commissioner Kathryn Garcia 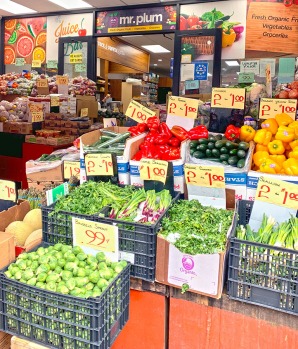 There are some exemptions to this law according to the Department of Environmental Conservation’s web page on this waste reduction law (https://www.dec.ny.gov/chemical/117781.html). Plastic bags that can still be in use are those: used solely to contain or wrap uncooked meat, fish, seafood, poultry, or other unwrapped food, flower, or plant items; used by a customer solely to package items from bulk containers, including fruits, vegetables, grains, candy, small hardware items (such as nuts, bolts, and screws), live fish, or live insects; used solely to contain food sliced or prepared to order; used solely to contain a newspaper for delivery to a subscriber; sold as a trash bag; sold as a food storage bag, such as those in snack, sandwich, quart, and gallon sizes; used as a garment bag, such as those used by a dry cleaner or laundry service; provided by a restaurant, tavern, or similar food service establishment, as defined in the state sanitary code, to carry out or deliver food; provided by a pharmacy to carry prescription drugs; a reusable bag, as that term is defined in proposed Part 351 draft regulations; a film plastic bag for which there is no reasonable or practical alternative for storing, containing or transporting items, as determined by the department; or sold in bulk (for more details on this one go to the website).

“Thanks to the ban, New Yorkers will be incentivized to adopt more sustainable habits, resulting in less pollution and heightened awareness about the climate crisis.”
—  Council Member Antonio Reynoso

The reusable bag industry is on the rise. Twitter’s #BYOBagNY is filled with ads pitching them. There are also more creative options.

These sure look like plastic bags BUT they are mock single use! Sturdy and reusable. Caught me off guard but glad to see these in a vintage clothing store ahead of March 1st. #BYOBagNY pic.twitter.com/HahAINaUUh

These bags are made out of taffeta!

There are several opportunities to nab a FREE reusable bag at present and in the near future.

Assemblyman Joseph Lentol is handing out bags at his office (619 Lorimer Street) during office hours (M–F, 10 a.m.–6 p.m.). The New York City Department of Sanitation (DSNY) announced on February 10 that they would distributed 100,000 free reusable bags to city residents at subsequent events or to those who make the Zero Waste Pledge. You can make the pledge here:  https://materials.bwprronline.org/zero-waste-pledge-form 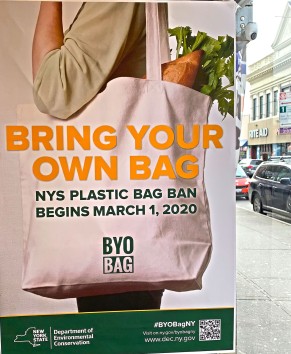 Council Member Antonio Reynoso has also helped distribute some of the DSNY bags, “A ban on plastic bags is exactly the type of direct action that we need to mount a formidable fight against climate change. Thanks to the ban, New Yorkers will be incentivized to adopt more sustainable habits, resulting in less pollution and heightened awareness about the climate crisis.” Reynoso has long been connected to this issue. He was one of the sponsors of the NYC Council Plastic Bag Bill a bill that was slated to go into effect in April 2017.  Gov. Andrew Cuomo put a stop on that bill to form “a statewide task force to develop a uniform state plan for addressing the plastic bag problem.”

There are multiple sides to any issue, and the counter arguments to this law were heard by city and state legislators. In the end New York State agreed to a statewide plastic bag ban last year. At this time, there are only eight states with this ban (New York included).

Sanitation Commissioner Kathryn Garcia commented on some of the problems single-use plastic bags cause, “Plastic bags are particularly troublesome as contaminants in our recycling, as they often clog machinery, and we’ve all seen plastic bags stuck in city trees around the city. This is not sustainable. Bring your reusable bag every time you shop, and help us keep the city healthy, safe and clean.”