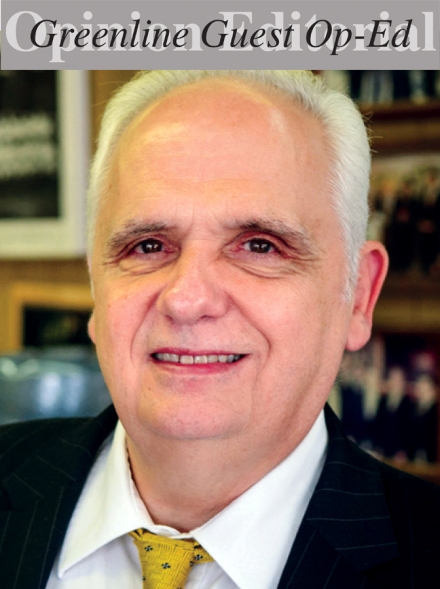 It is no secret that the New York City Housing Authority (NYCHA) is a chronically underfunded city agency, constantly struggling to stay afloat at a time when the federal government no longer sees public housing as a priority. What is less well-known is that NYCHA is trying to fill this funding gap by leasing underutilized land to private developers in various parts of the city in exchange for one-time cash infusions. One such proposal is currently under discussion in my Assembly district.

The project is referred to as NextGen by NYCHA and it is strongly opposed by the affected residents of Cooper Park Houses in Williamsburg. The NextGen proposal calls for a bidding process to select a private developer who would get a 99-year lease to build a 250-unit apartment building on what is currently a tenants’ parking lot at Cooper Park Houses. A conservative estimate places such a building at 14 stories high in order to accommodate that many units, though some residents fear that the building would actually need to be twice that height given the footprint of the available space. This raises issues of overcrowding and social inequity in an already densely populated urban neighborhood. This is especially true in light of another affordable housing development to be built just a few blocks away at the old Greenpoint Hospital.

But even more disturbing than issues of overcrowding and overdevelopment is the way in which NYCHA is ignoring the clear opposition to this project coming from the residents of Cooper Park Houses as well as a group of neighboring residents on Maspeth Avenue. NYCHA has held two community meetings on the NextGen proposal, but no one representing the agency at these meetings has been anyone with real decision-making authority. Questions about whether or not this project is necessary, let alone fair to the community, are ignored, glossed over or answered with the old catch-phrase, “I’ll get back to you on that,” a clear sign of someone who does not have the authority to answer the real questions.

Projects of this magnitude cannot be forced upon a community without letting that community have a real say in the decision-making process, and a decision-making process does not exist when NYCHA has already arrived at its conclusion before the first community meeting. The residents of Cooper Park understand the need to fill NYCHA’s funding gap. No one knows better how important that is than people who live in NYCHA housing. But greater than the costs of brick and mortar is the negative effects NextGen will have on the quality of life of NYCHA communities throughout New York City.

Instead of proceeding with this plan, NYCHA should refocus its efforts on identifying alternative funding avenues that have the potential to raise revenue while at the same time respecting and incorporating the needs of the communities involved. Some such suggestions from Cooper Park residents include the leasing of space at the Cooper Park Community Center, building a new childcare center and a new post office and then leasing these spaces to generate revenue. These are just a few suggestions, and surely many others could be formulated in consultation with the community if only NYCHA would engage in a discussion instead of dictating policy. NYCHA’s residents need an open dialogue that includes room for meaningful collaboration with NYCHA instead of a paternalistic approach in which decisions come from above without any grassroots input. That is why I oppose this project.